Interest rates have been coming down in America – and worldwide for that matter – since 1981 when Fed Chair Paul Volcker rocketed the Federal Funds Rate to 20%. As interest rates are, in essence the cost of money, things have been getting cheaper for almost forty years. This summer, things got a little crazy on the low-interest rate front. We got to the point where worldwide, there were more than $17 trillion worth of bonds that yielded a negative interest rate. Most of these were government bonds from the Japan and the European nations, but some of them were actually CORPORATE JUNK BONDS! It is not at all intuitive that bonds could have a negative yield at all -but that is where we are with the central-bank shenanigans being played with the world economy.

In the past two months, however, yields have pushed higher with trade war and Brexit fears easing and some signs in economic data that perhaps the worst may be over. Euro zone government bonds trading on the Tradeweb platform with negative yields fell to 4.52 trillion euros ($5.01 trillion) as of the end of November, representing 57% of the total 8 trillion-euro market. That was down from 62% in October and as a share of the total market was at its lowest since June, Tradeweb data showed. Germany’s benchmark 10-year Bund yield is trading near its highest levels in three weeks at around -0.29%, up 45 basis points from record lows hit in early September. The pool of negative-yielding euro investment-grade corporate bonds fell to 873 billion euros ($968 billion,) or 25% of the total market, also down from 30% in October, the electronic trading platform said.

So, our negative-yielding debt pile has shrunk to just over 11 trillion. 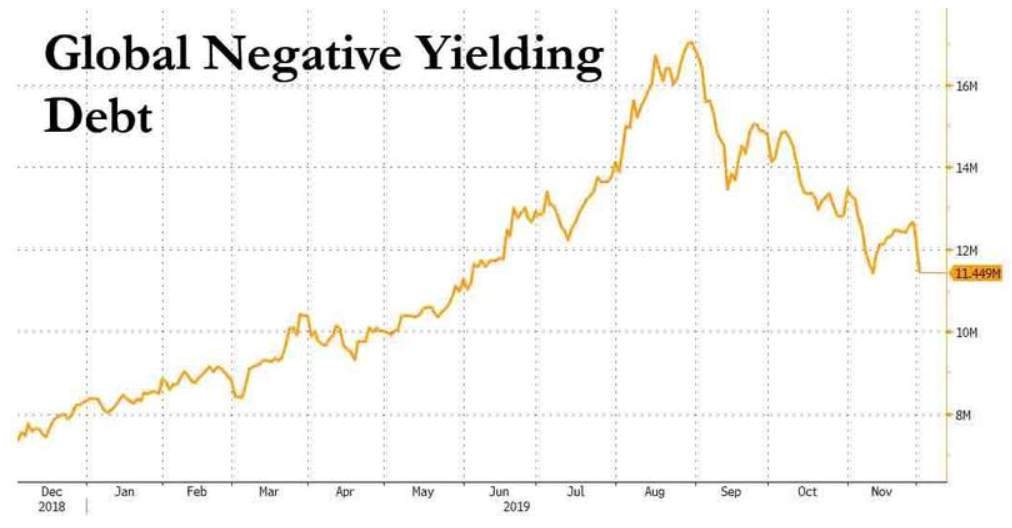 However, the total pile of debt continues to rocket higher with the world’s total debt being well north of $250 trillion – and of course that is a concern with interest rates seeming to have bottomed. So, we continue to keep on the lookout for cracks in the dam that may start to widen. The modern monetary theory postulates that debt doesn’t matter. We don’t subscribe to this philosophy. One of the situations we have on our radar as a concern is the Repo Market drama where our Federal Reserve is having to shore up liquidity issues with massive injections of money into that system. We will continue to monitor that and will write about it in upcoming weeks.

There are many pockets of bad debt in the world economy that simply won’t be paid back. Student loans and car loans are way out on the risk curve, and we will definitely see huge changes in those markets in upcoming years. Where exactly these markets break down, we don’t know – but here’s a picture of the current situation in the car industry… 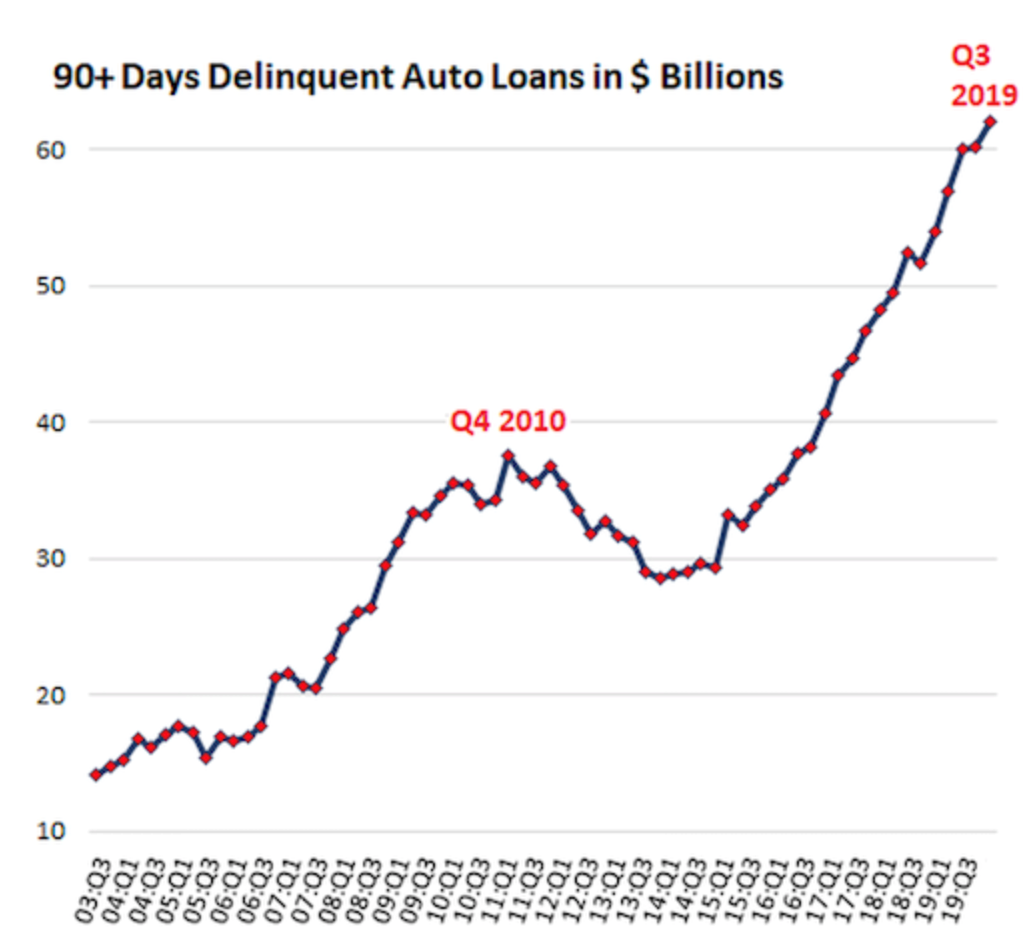 Right now, none of these stress situations in debt markets is affecting the stock market adversely. It keeps marching higher, so we are not ready to say that there is an imminent doom. Always stay vigilant though, because we fear there is a big price to pay for too much debt accumulated during these low interest rate times.