The stock market surged to new all-time highs this week with the Dow Jones Industrial Average closing over 28,000 for the first time. Economic numbers this week, however, were actually quite dismal including poor retail sales numbers and dismal industrial production. The week of bad economic data ended with estimates of the change in Q4 GDP all pointing lower. 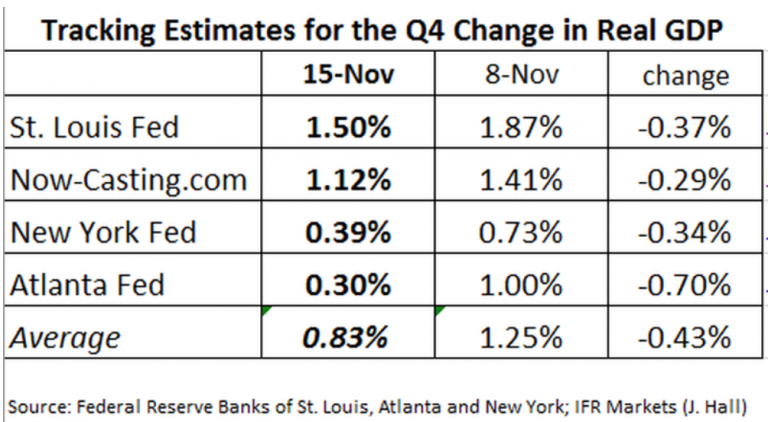 Stocks performing so well is a little counter intuitive as there are so many political fireworks on top of bad economic data. Talk of a trade deal between the U.S. and China being “close” juiced the stock market higher repeatedly this week. Now the market is in quite “overbought” territory and for the very near term may pull back to retrace some of the rally. However, as far as the market direction overall, of course things appear to be heading higher. The next big hurdle will be for the Dow Jones Transportation average to make a new record high confirming the other averages’ rallies.

In the meantime, interest rates are remaining very low (twenty-year treasuries are right at 2%.) The Federal Reserve chairman Powell has been very vocal recently, however that the Fed does not intend to lower rates again with current economic conditions.

The Fed is, however purchasing treasury securities again – and that may be one of the contributing factors to stock market strength…

Very quickly the Fed has stacked a few hundred billion dollars of treasuries back on to its balance sheet. This has vacuumed up some of the assets available for the investment community to buy – driving prices higher. We have repeatedly been very vocal in our criticism of the Fed keeping interest rates artificially low. Our criticisms also include the Fed now monetizing our national debt. This is a monetary policy experiment that will not end well by our estimation. However, this is presently pushing asset (stock and bond) prices to new record highs and that trend appears to be intact. There is not a lot of economic data coming out this week, so things may be fairly slow – on Wednesday, October’s building permits and housing starts data comes out, before Thursday sees the release of October’s existing homes sales, along with the Philadelphia Fed’s business outlook indicator for November.