The Future of Interest Rates

If you listen to radio adds encouraging you to refinance your mortgage, you may think that interest rates will be going higher imminently. You would get that same opinion from a lot of the financial market pundits who postulate that, considering inflation is running hotter than it has for thirty years in the US, long term interest rates would have to go higher in response. But these opinions have been running for quite some time now, and the ten-year treasury interest rate remains about 1.5% (recent inflation prints have been around 6%.)

So, what gives? Is the Federal Reserve going to raise short term interest rates to fight inflation? Are they going continue to ease off the treasury and mortgage-backed security purchases that have been running at a $120 billion per month pace?

Inflation has been surprisingly benign – really for decades – in conjunction, interest rates have continued their downward path that began in 1981. Recent Federal Reserve comments involve discussion of “transitory” inflation – meaning that expectations going forward are for inflation to subside. So even with big inflation prints and unemployment levels that are heading back toward pre-Covid levels, interest rates aren’t heading higher.  Morgan Stanley’s head of quantitative research, Vishwanath Tirupattur just published his opinion that the Federal Reserve won’t even raise short term rates until 2023! Obviously only time will tell if MS is correct, but they are seeing supply chain healing and more people returning to work as pressures down on inflation. We mentioned a couple weeks ago that some market indicators look similar to us. https://andorracapital.com/a-different-look-at-inflation/

Inflation isn’t running rampant for now – but of course that can change.

Take a look at a chart of the recent price action of the US Dollar index: 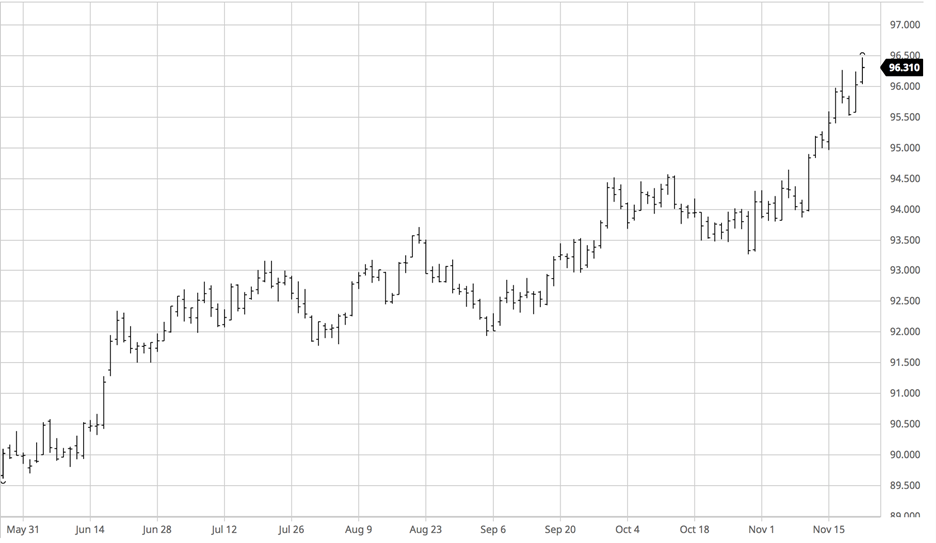 Of course, this is an approximation of the value of the U.S. Dollar versus other currencies internationally – and heavily weighted toward the Euro. So, this is not a magic indicator of America’s economic strength. However, it is an indicator when coupled with charts of many world commodities including gold and oil (not going higher) that the US Dollar is not falling apart 1970’s style. Intuitively the actions of the Federal Reserve would ignite the inflation that many remember and fear from the 1970’s. Something different is at work, however and that is good news for us – for at least the near term. In light of that, we expect interest rates to remain historically low both short term and long term. But stay tuned for possible changes in our weather report.