The stock market is surging to new highs at least partially because of a positive update on the Chinese trade conflict. A senior White House official says the deal is almost done – but talks continue on tech transfer and IP protections and enforcement mechanisms, which killed the last deal. So, don’t book it yet. That is obviously not very definitive that we are going to get a trade deal soon – so more than anything it appears that market observers are trying to find some news to attach to the market going higher. As MNI market news reports:

China will not fully acquiesce to key U.S. trade demands in areas such as intellectual property rights protection…

…China’s Ministry of Commerce also cast doubt on claims President Trump that China could buy up to $40 billion to $50 billion of American agricultural products a year, noting that the peak for Chinese imports of U.S. farm goods was $29 billion in 2013.

The economic news that is coming out continues to be a mixed bag. Unemployment remains VERY low, but some data is coming in soft. For example, U.S. Factory Orders in September were expected to decline, but the 0.6% MoM drop was more than expected. This sent the year-over-year contraction in factory orders down to -3.5% – the worst since July 2016.

On the monetary policy side, the Federal Reserve lowered the short-term lending rate last week for the third time this year. Chairman Powell did indicate however, that they will be on hold as far as continuing to lower interest rates.

It appears the pessimism of economic slowdown worldwide is starting to abate. As earnings are mildly surprising to the upside (358 of the S&P 500 have reported) the U.S. indexes are higher. The S&P 500 finished up in both September and October which is the historic bad season for stock prices. Furthermore, the lowering of forward guidance for revenues and earnings for companies is backing off. The world may not be spiraling into recession. A very interesting development is the surge in European stocks… 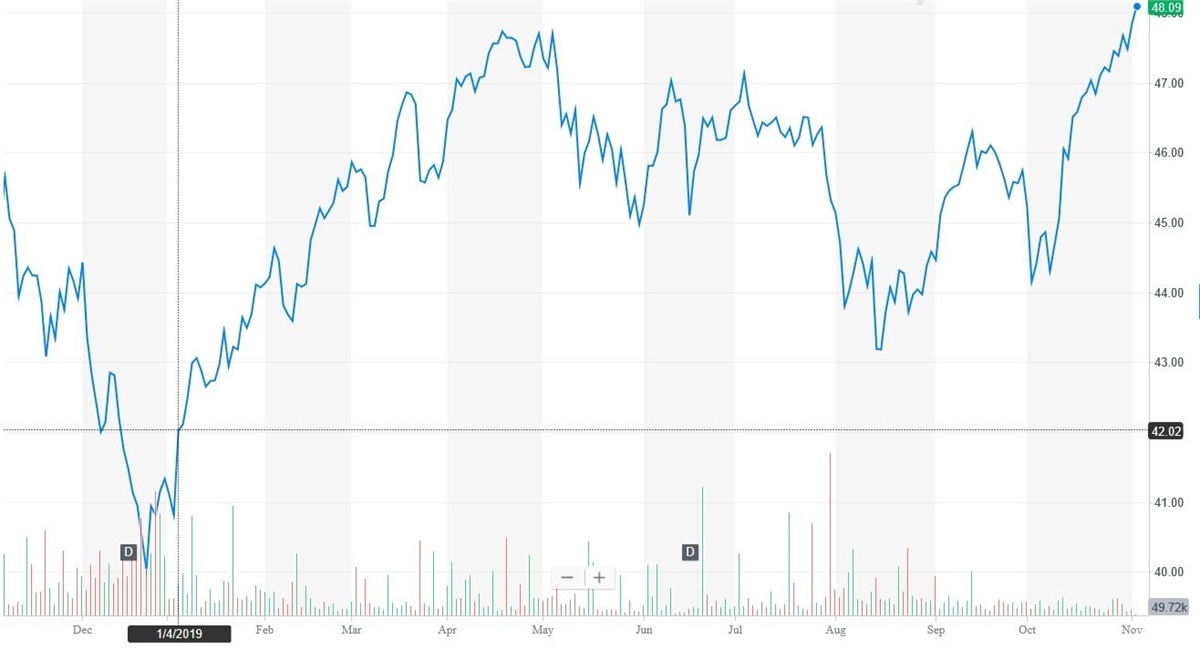 The MSCI’s core European index is breaking out to new 2019 highs.

For the immediate term, disaster or even a garden variety recession appears to have been avoided. Our issue looking forward is that the Federal Reserve has its foot on the gas lowering interest rates into new highs in the market. Enormous debt loads and excessive central bank money printing are still long-term issues that need to be dealt with, but for now, hang on for the ride.